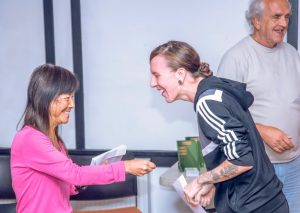 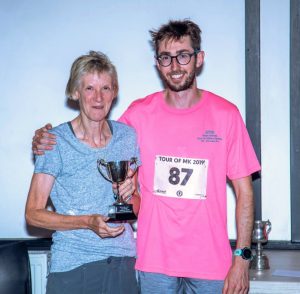 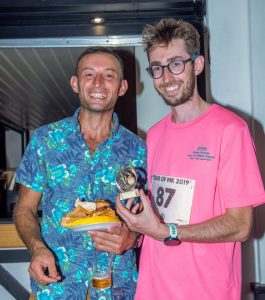 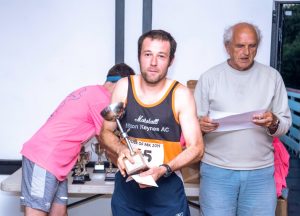 The final day of racing in the 2019 Tour of Milton Keynes saw non-Tourists taking the first four places, with Leopoldo Buguete winning by 81 seconds ahead of Tom Comerford and Sam Winters, who came in together, and Ian Wood who just outsprinted the first Tourist, Steve Tuttle.

In the women’s race, Abby Roskilly paced herself much better than she did on the opening day, to finish 51 seconds ahead of Jennifer Sangster.

The most improved Redway Runner was Adam Sharman who knocked more than 30 minutes off his overall time from the 2018 Tour. The MMK most improved trophies went to Steven Martin and Diane Baldwin.

Thanks, in particular, to Thomas Cuthbertson and Diane Baldwin who did most of the hard work behind this year’s Tour and to all the marshals who pointed the runners in the right direction.

Full results from Willen Lake and the Final Standings

Pictures of the Start, Finish and Awards by Max Kirschner