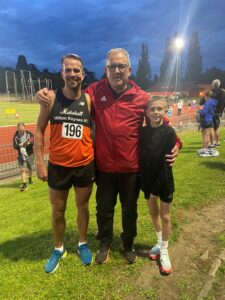 There were more fast 800m times from Watford and two club records for the Smith family.