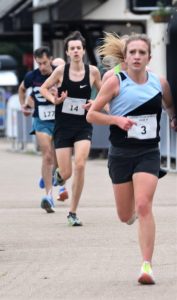 There was a small turnout for the Willen 5k race that had been rescheduled from last December when sporting events were cancelled. Unfortunately only a small fraction the the entries came out for the rearranged event.

Full results of the Willen 5k