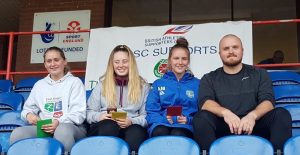 Jack Kee and four of his hammer throwers travelled to Hull for the Hammer Circle Reunion, which also marked the return to competition for Jack after more than three years of illness and injury.