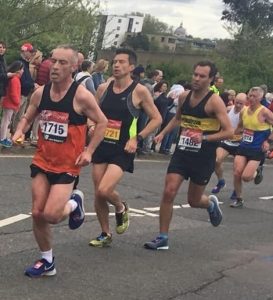 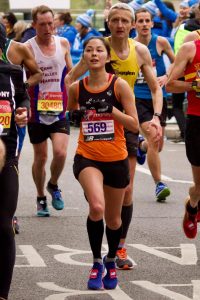 Stephen Herring, running his first marathon in 6 years, was the first MMK runner home in this year’s London Marathon. He recorded 2:40:10 to finish 427th and 7th M50, beating his previous best, set in 2010, by over a minute. It is also a club M50 record, knocking 9 minutes off the time set by Ian Russell in Chicago in 2003.

Lara Bromilow, running her second marathon went to number 6 on the MMK all-time rankings with a time of 2:56:17, 18 minutes quicker than she recorded in last year’s sweltering London Marathon.

There were also pbs for Graham Hill, Declan Brandley, Ian Pheasey and Karl Saunders. Stephen Young and Natasha Baker were the only two MMK runners to run the second half quicker than the first half.